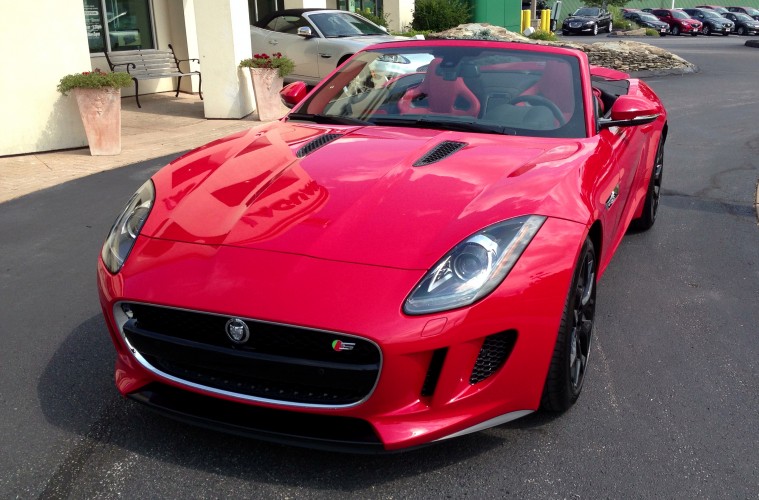 The 2014 Jaguar F-Type has a great amount of positive press going for it. The problem with a vehicle that is so hyped as this vehicle was, is that often expectations are far too high and the vehicle disappoints. While we are hoping for a chance to perform a full review, we did get the opportunity to take a ’14 Jaguar F-Type S for a quick spin to answer some of the questions that everyone has. Is the vehicle overhyped? Is the vehicle too expensive? Is the vehicle gorgeous? How does it drive? We will answer all of those questions and more, but it is safe to say that the hype was well deserved!

Our Jaguar F-Type S was colored in red inside and out.

The version of the F-Type that we were able to drive was the supercharged V6 F-Type S. The S version of the F-Type adds some additional features, including a mechanical limited-slip rear differential, more horsepower and more go-fast goodies. The F-Type S starts at $81,000 and is well-equipped. However, if you opt for the sports exhaust, performance tires and wheels, the better sports seats and more, you can easily hit the $95,000 price of this demo unit.