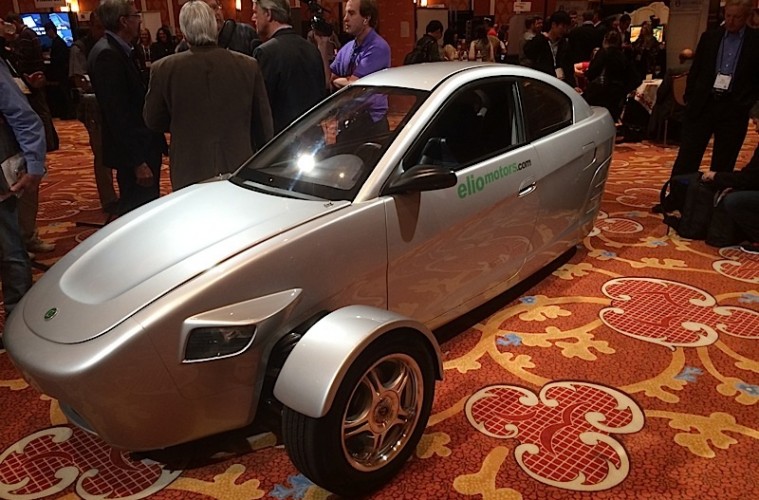 Elio Motors is a company that has been making news at the 2014 International CES by showing off their 84mpg, three-wheeled, $6,800 automobile. We had an opportunity to speak with Chip Stempeck, VP of Marketing at Elio Motors, and Stan Krafft of Cooper Tire and Rubber Company about the vehicle and answer some questions that we have about the car.