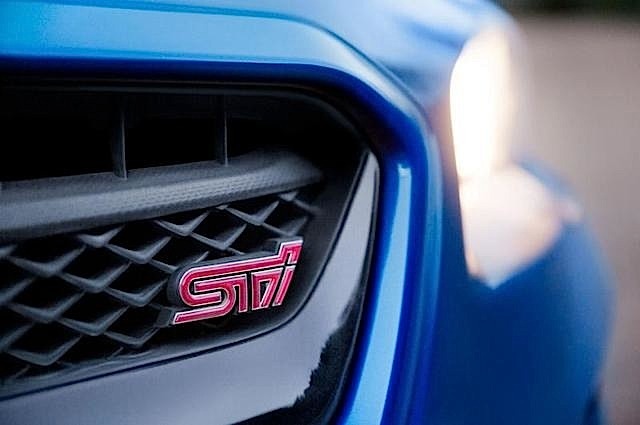 We may be up to our eyeballs in coverage of the 2014 International CES, but we cannot forget that starting next week is the 2014 North American International Auto Show. Set to debut at NAIAS is the 2014 Subaru WRX STI. As is the way of things, leaked press images have already hit the Internet showing off the purported final product in all of its glory. Thanks to World Car Fans, the images are available for everyone to consume. Based on the Impreza and WRX sedan, the STI shown in the photos has the legendary World Rally blue color with gold wheels, plus a large wing on the rear deck.

The STI is a road-going rally car, and the 2015 appears to carry on the tradition.

As for the bits underneath the sheet metal, we do not know that much. The vehicle is rumored to be making 300+ hp to Subaru’s all-wheel drive architecture. We would also expect to see large-bolstered, racing-style seats and the return of a 6-speed manual transmission. The last STI was nearly $35,000 to start with, and we are expecting that price to remain for the 2015 model.