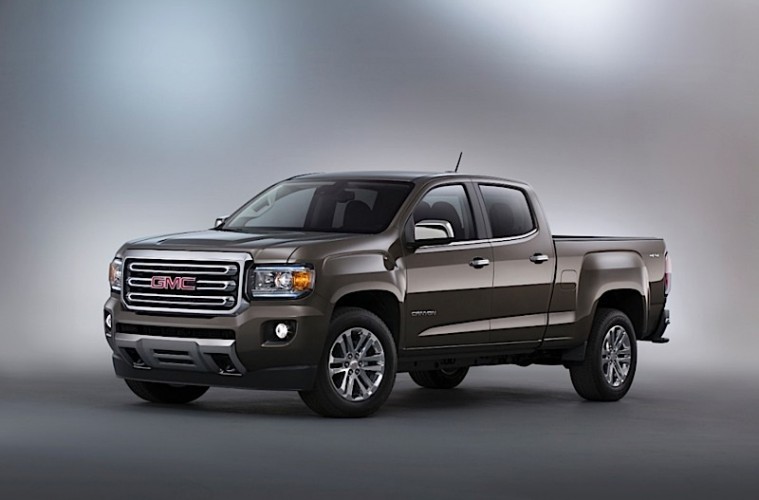 Even though the 2014 North American International Auto Show does not officially kick off until tomorrow, GMC has taken the covers off their new midsize pickup for 2015. The GMC Canyon is back, and looks like a GMC Sierra that was copied at 75% size on a Xerox. Despite Ford and RAM’s decision to not make midsize trucks, General Motors is committed to this segment, and it will be interesting to see how well they do.

The GMC Canyon is a good looking truck that shares its looks with the larger Sierra.

The Canyon will be available with several different engine options, and should prove to be much more fuel-efficient than its bigger brother. The “bread and butter” engine will most likely be the 300hp V6 engine, but here are Auto Geeks we are most excited about the 2.8L Duramax diesel that will be available starting in 2016. The truck will be available in 2WD or 4WD, and there will be an all-terrain package that should have some off-road credentials.