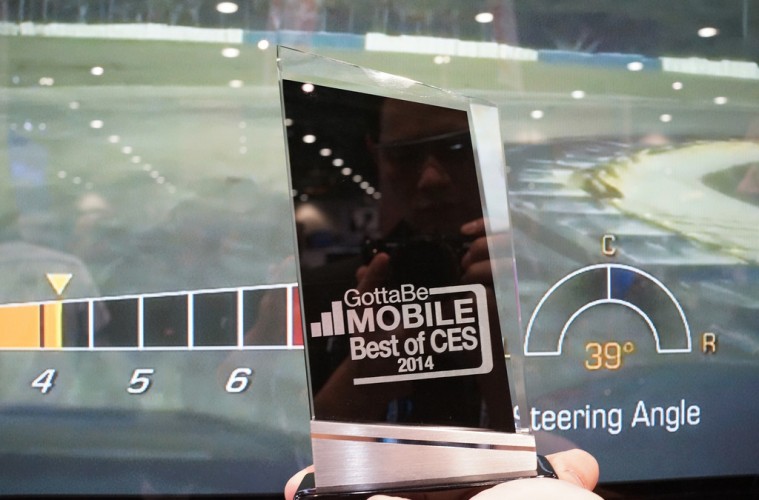 Now that the 2014 International CES is officially winding down, our sister site Gotta Be Mobile has announced their Best of CES awards. In the Auto Tech category, Chevrolet’s Performance Data Recorder (PDR) takes top honors for several reasons. Factory installation and warranty, ease of use, and access to crew chief levels of performance data. We were able to deliver the trophy to the Chevrolet and Cosworth team at the show, and ask them a few more questions about the product.

Cosworth is a racing company that helps the Corvette Racing team analyze data and help them better understand what the car is doing on the track. They have worked with Chevrolet to bring their recording devices to a production Corvette. The system has a 720p HD camera mounted in the headliner to visually record lap data, and then an extra-sensitive on-board GPS and accelerometer record the quantitative data of the lap.