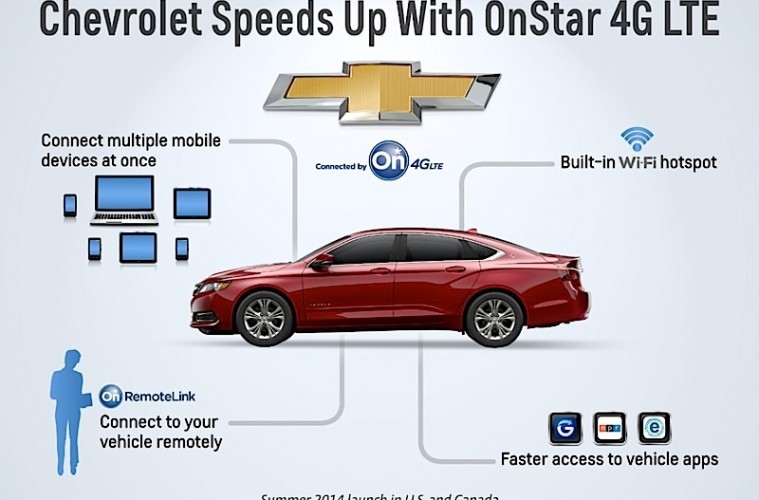 Chevrolet To Offer LTE Speeds for OnStar and Apps

Starting in the summer, Chevrolet will begin offering LTE data connection speeds on their OnStar-equipped vehicles. This increased data speed will allow drivers to access more information, personalize their in-car experience, and even offer wireless hotspotting capabilities. It will be one of the broadest LTE rollouts in the automotive industry.

Chevrolet will begin offering LTE speeds with OnStar starting in the summer.

While the competition is making advances in their infotainment systems, many of them are still relying on a 3G connection for data. We recently took a look at the latest Uconnect system from Chrysler and was impressed with the functionality, but would have appreciated a faster connection speed. With LTE data, Chevrolet will be able to push updates faster, support more applications, and make wireless more productive.