Chevrolet has finally built a Corvette that is capable of truly competing with the world’s best sports cars with the 7th generation Corvette Stingray (and upcoming Z06 version). Jaguar, with the F-Type, have finally moved back into making a proper two-seat sports car that is also designed to take on the world. The Corvette is “shock and awe” compared to the Jaguar’s “stiff upper lip,” and provide two entirely different motoring experiences for approximately the same amount of money. Let’s compare the two in an American vs. British sports car showdown! 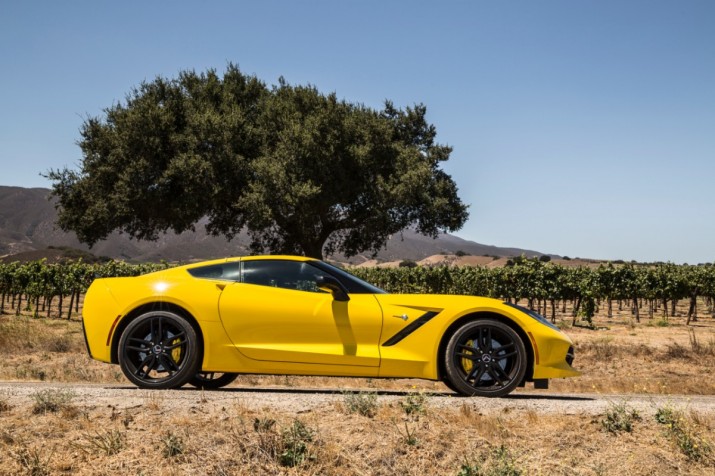 With a starting price of $51,000 the Corvette Stingray is often considered a sports car bargain.

Starting at $51,000, the Corvette is often considered a bit of a deal considering that it comes standard with 450hp and a chassis designed from their Chevrolet’s racing program. Redesigned for the 7th generation, the C7 Stingray sheds the subtleness of the previous versions for an in-your-face aggressiveness that comes from wind tunnel development and a sharp eye for design.