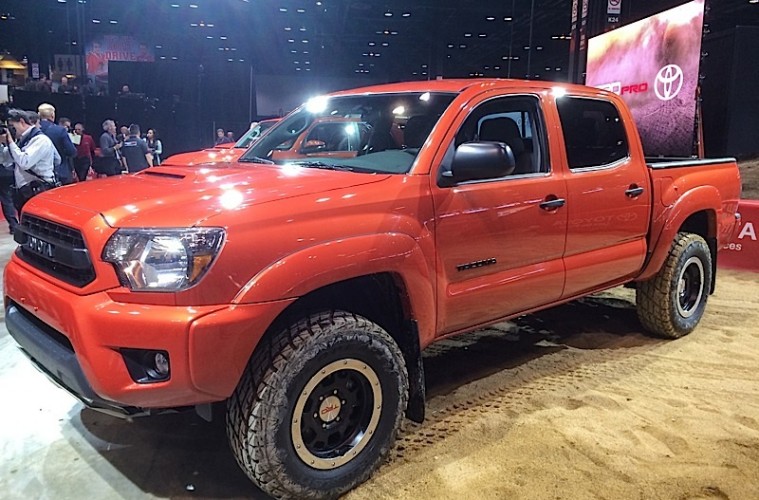 The 2014 Chicago Auto Show public show is well underway, and one of the big announcements at the show was the Toyota TRD Pro line of off-road vehicles. We speculated that TRD Pro would give the Ford Raptor a run for its money, and now that we’ve seen the new vehicles and took a ride in the TRD Pro Tundra, we now know more about what TRD Pro is, and what it isn’t.