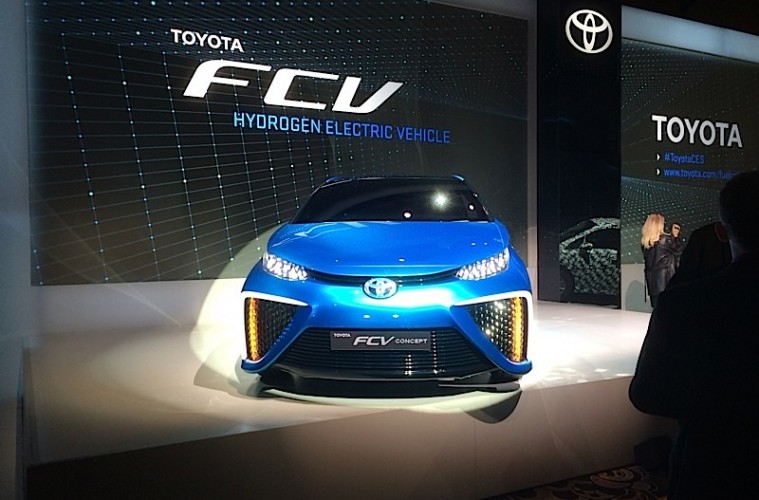 At the 2014 International CES, Toyota took some time to update the public on their fuel cell development project. Currently, Toyota is working on a yet unnamed vehicle that will go on sale in 2015 that will feature of the most advanced fuel cell technology systems available. Along with releasing the vehicle, Toyota is assisting the State of California in helping build out a fuel cell refueling infrastructure. By 2016, they believe that they will be able to handle over 10,000 fuel cell vehicles in service.

Bob Carter of Toyota talks about their Fuel Cell Vehicle and infrastructure plans.

“Change takes persistence,” asserts Bob Carter, Senior Vice President of Automotive Operations for Toyota, when talking about fuel cell technology. Toyota does not believe that it is an overnight process to change minds about the technology, and liken the current fuel cell movement to the hurdles the company faced when getting the public to accept gasoline-electric hybrid technology.