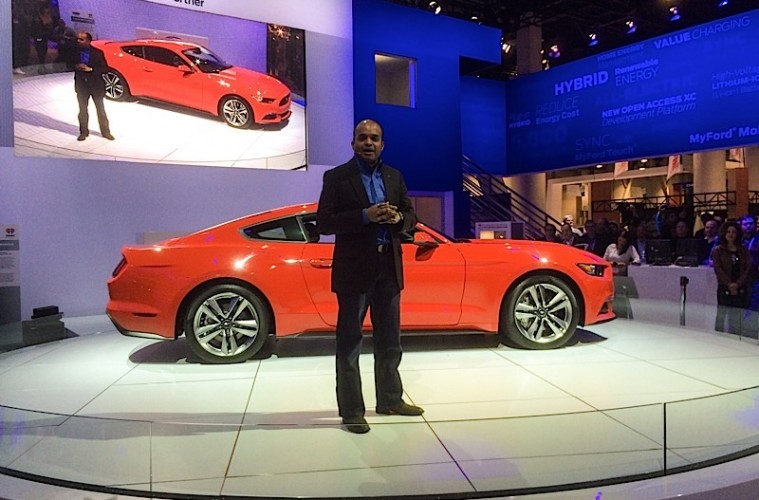 Ford re-unveiled the new 2015 Ford Mustang at the 2014 International CES in Las Vegas as a press event emceed by Raj Nair. After the event, Motor Review had the opportunity to speak with Ford’s group vice president, Global Product Development about several topics, including if and when MyFord Touch will receive Sync AppLink support. Ford has been coming to CES for 8 years now, and they view themselves as a technology company, as well as an automotive company. We have lamented for awhile now about the lack of both of those services working together, and are eager to learn if and when the integration will finally occur.