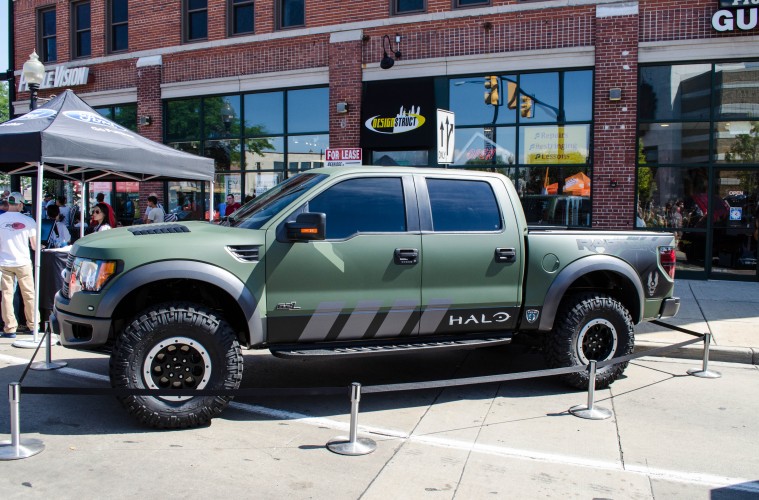 Ford is not the first automotive company to target a vehicle towards the video gamer. That privilege belongs to Jeep with their Call of Duty versions of the Wrangler. However, in a partnership with the Halo 4 launch, modifier Galpin Auto Sports has created a custom Hal0 4 Edition SVT Raptor that definitely looks like something the Master Chief would drive when he’s not on the battlefield!

Ford took the opportunity to show it off at this year’s Woodward Dream Cruise.