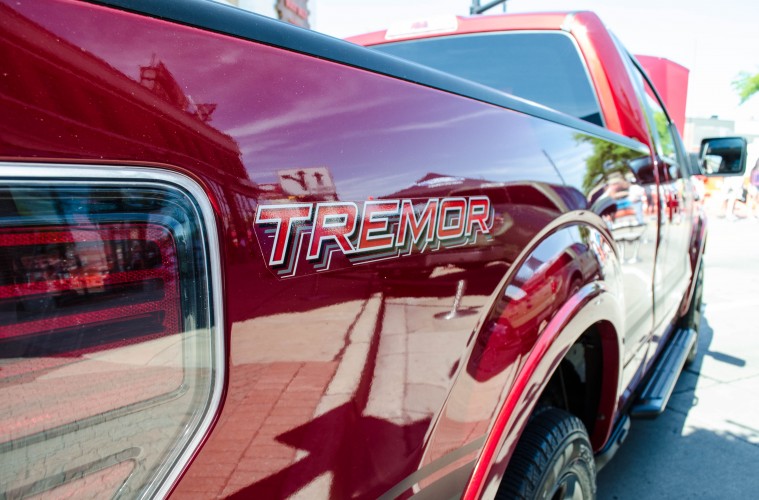 At the Ford Trends conference back in June, Ford unveiled a new pickup truck. The F-150 Tremor is basically a short cab, short bed version of the FX series of truck. It features a 3.5L EcoBoost V6 making 365hp and 420lb/ft of torque. Combined with a lightweight setup (well, lighter than a normal F-150) the truck should be a serious performer. It recently paced a NASCAR race in Michigan, and was featured prominently on the Woodward Dream Cruise.

Up close, the Tremor does resemble a normal F-150 truck with the FX2 or FX4 package. It is a little strange seeing a regular-cab vehicle with a higher trim level, but the truck appears smaller because of it. Some nice exterior touches, beside the badging, are the Raptor black HID headlamps and the blacked out wheels.