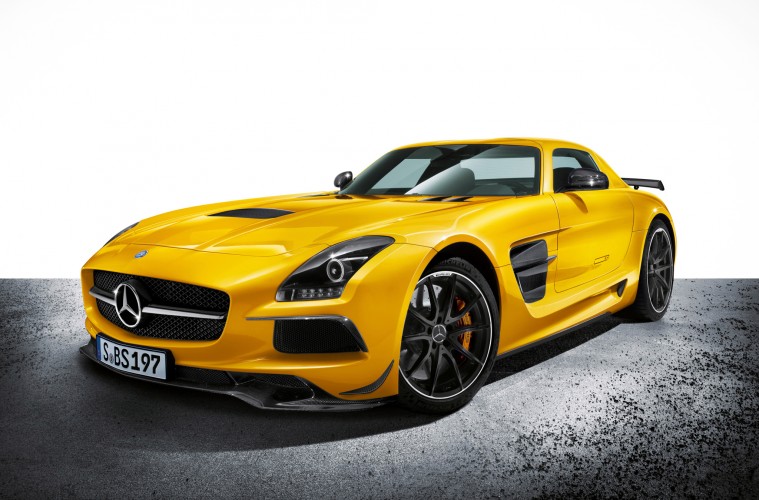 Many auto manufacturers have an in-housing tuning division that puts out special vehicles and performance-focused automobiles. BMW has the Motorsports (M) Division. Ford has its Special Vehicles Team (SVT). Mercedes-Benz has AMG. However, the engineers at AMG are not capable of leaving their tuned automobiles alone, so Mercedes-Benz created a skunk-works project inside AMG called the “Black Series.” For someone looking for the rarest of the rare in the Mercedes-Benz brand, the SLS AMG Black Series sits atop of the exclusivity chart. Now, Mercedes-Benz has released official pricing, and to join the Black Series club requires $278,000.

The Black Series SLS AMG stands out even more with additional bodywork.

For the extra money over a standard SLS AMG, the purchaser receives 622hp instead of 563hp. Also, an AMG Adaptive Performance Suspension comes standard as well as fade-free carbon ceramic brakes. Those lightweight brakes, higher performance tires and wheels, and increased use of carbon fiber lower the weight of the Black Series to a claimed 3616 pounds. While still heavy by many standards, it is the lightest SLS AMG and will still carry creature comforts like satellite navigation, air conditioning, and an automatic transmission. In theory, the SLS AMG is a vehicle that can be driven at high speeds on the race track but capable enough to go to the local grocery store or run errands.