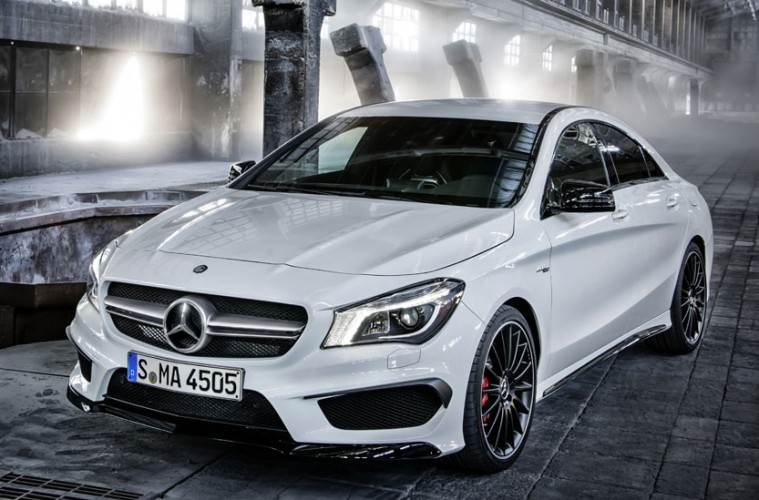 The small car of the moment is undoubtedly the Mercedes-Benz CLA. Starting at a Ford Fusion-like $29,900 it seems to be quite a bargain for German engineering and performance. Even though the pedestrian CLA250 will probably be the volume seller in the United States, the German automaker will be offering the hopped-up AMG version Stateside in the coming months boasting the most powerful production 4-cylinder engine in the world. The 2.0L engine makes a whopping 178hp per liter of displacement. For those not wanting to do the math, that is a 355hp turbocharged 4-banger under the hood of the latest entry-level Mercedes-Benz. To give you some perspective of exactly how much horsepower 355 really is, we have come up with a list of some sports cars that currently make, or made in the past, less horsepower than this Autobahn burner.

On sale from 1997-2004, the C5 Corvette was the last generation of GM’s sports car to carry pop-up headlights. Also, the base model in its heyday only produced 350hp from a 5.7L V8. Built in Bowling Green, Kentucky, the C5 Corvette was the product of what car enthusiasts can do when car enthusiasts build a car. Now, less than a decade later, a family-man can purchase a 4-door sedan with more horsepower from half the cylinders.