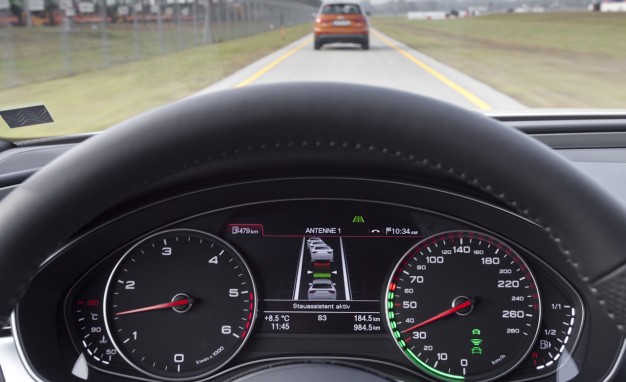 Driver aids that were only once available on flagship vehicles, like the Mercedes-Benz S-Class, are trickling down into everyday cars. One of those safety technologies is lane keeping assist. Regardless of what the manufacturer calls it, the lane keeping system is designed to help keep the vehicle driving in the correct lane, even if the driver is distracted or becoming drowsy. Now that it is becoming popular, and less expensive to option, we thought we would take a look at the system and see if it is an option that should be ordered on your next vehicle purchase.

Lane keeping systems use cameras to identify the lines on the road. (Photo: Car and Driver)

The process of lane keeping is a fairly simple one. The vehicle, whether or not the driver is interacting or not, stays in the lane it is currently in. There are several ways the vehicle goes about performing this task, and some manufacturers take a slightly different approach to implementation, but the concept remains the same. Stay in the lane. Our friends over at Gotta Be Mobile sampled Ford’s implementation and recorded video of it working.