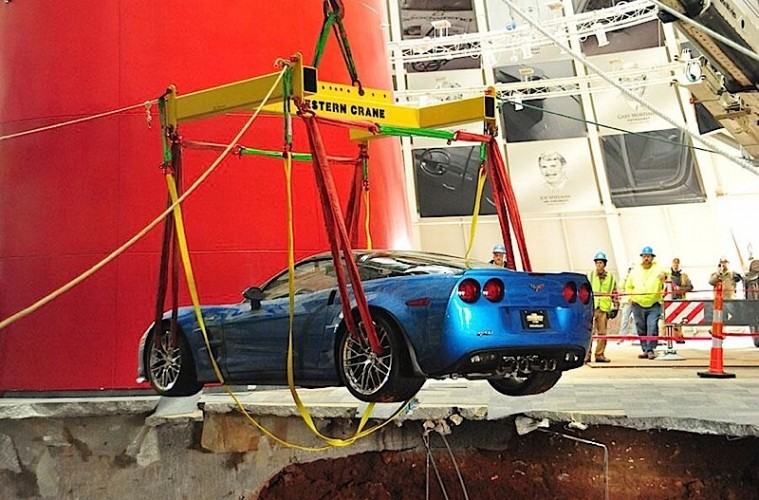 Earlier this year, a massive sinkhole opened up underneath the National Corvette Museum in Bowling Green, Kentucky, and swallowed many priceless vehicles. Now, the museum has begun the difficult process of recovering those vehicles and repairing the facility. General Motors has vowed to assist in restoring the priceless automobiles, and repairs to the facility are expected to take most of the summer. Here’s how you can watch the excavation of the vehicles yourself and follow along with the process.

READ: Is Fracking the Cause of the National Corvette Museum Sinkhole?