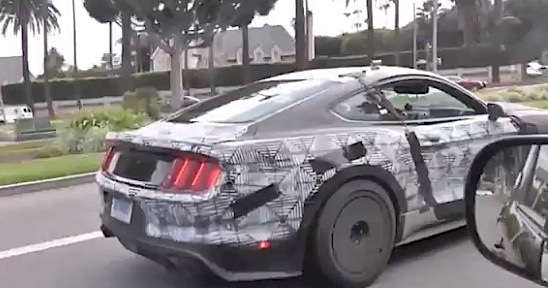 Whether or not the next-generation 2015 Mustang Shelby hits the streets in GT350 or GT500 trim, we do know that it’ll sound pretty awesome. Two videos have hit the web in the past couple of weeks showing the prototype being tested on the streets of California. The vehicle in the second, more recent, video has very little camouflage, meaning we may be seeing the actual production version of the car very soon. Both emphasize the sound that the car makes even at half throttle.