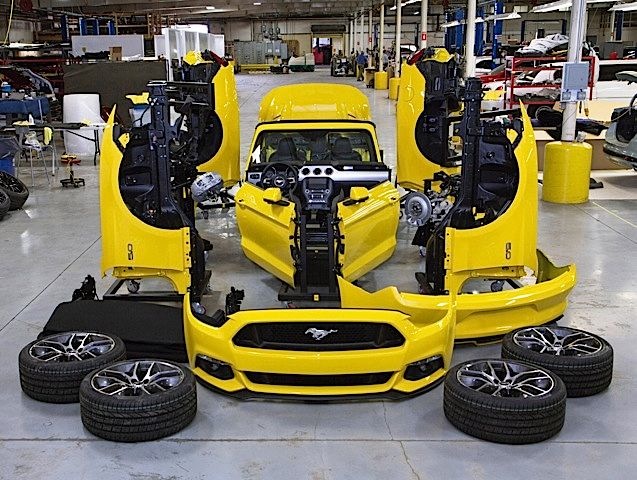 To mark the 50th anniversary of the Ford Mustang, Ford has partnered with the Empire State Building in New York City to display a new 2015 Mustang on the observation deck. For Mustang fans, this should sound familiar. The company did the same thing in 1964 to help launch the original Mustang.

“Why don’t they use a helicopter?” The spine at the top of the Empire State Building, combined with the wind 86 floors up makes doing that too dangerous. Instead, they have to carry the Mustang up to the observation deck.