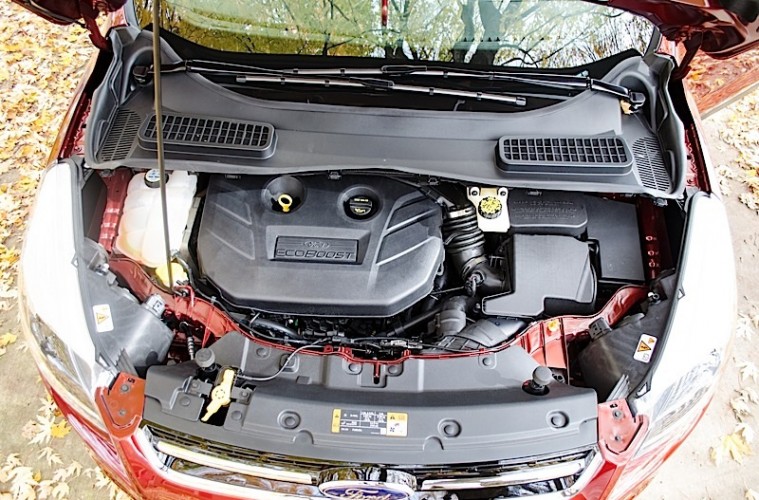 For the year 2014, Ford allows people purchasing an Escape the option to have either a 1.6L EcoBoost turbo engine or a 2.0L EcoBoost turbo. The 0.4L of displacement equates to a more powerful engine. The 2.0L makes 240hp and 270lbs/ft of torque. The 1.6L delivers 178hp and 184lbs/ft of torque. The nearly 70 horsepower and 85lbs/ft of torque seems like a big difference. However, the engine comes with an additional $1,195 attached to the window sticker. Is it worth the upgrade? What do you gain by having the bigger engine, and what do you lose? We show you the pros and cons to make a better decision.

For those interested in horsepower, the 2.0L engine is really the way to go. When we reviewed the 2014 Escape with the 2.0L we were impressed with how powerful the engine really is. 270lbs/ft of torque makes off-the-line acceleration easy and fast. The feeling in the seat of your pants is that the engine is more powerful than the numbers indicate. In popular all-wheel drive trim, the 2.0L Titanium recorded a 0-60 time of 6.8 seconds. They note, like we do, that the car feels faster than that.