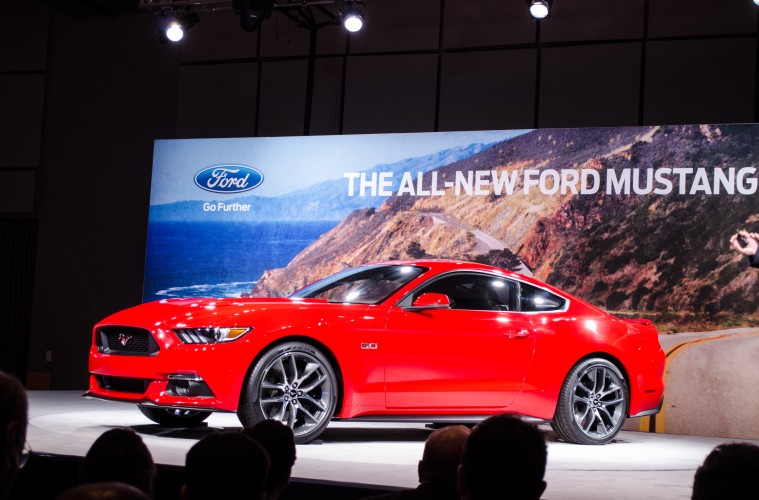 New York, Los Angeles, Sydney, Shanghai, Barcelona, and Dearborn. What do these cities all have in common? They are the locations for Ford’s simultaneous global launch of the 2015 Mustang. We were live in Dearborn as Chief Operating Officer Mark Fields, along with key members of the design team, pulled the tarp of a bright red GT. The fastback design has returned to the Mustang, along with other throwbacks to the original design. However, it is a striking modern approach to the classic car.

Visually, the Mustang is all new. In the front, it retains Ford’s design language, but has a much sharper personality. Design head J. Mays described it as a “shark nose,” and with the gill LED daytime running lamps, it is an accurate description. 5.0 badging remains on the GT model, but the grille-mounted fog lights are moved to a more traditional location, with a turn signal strip just above.