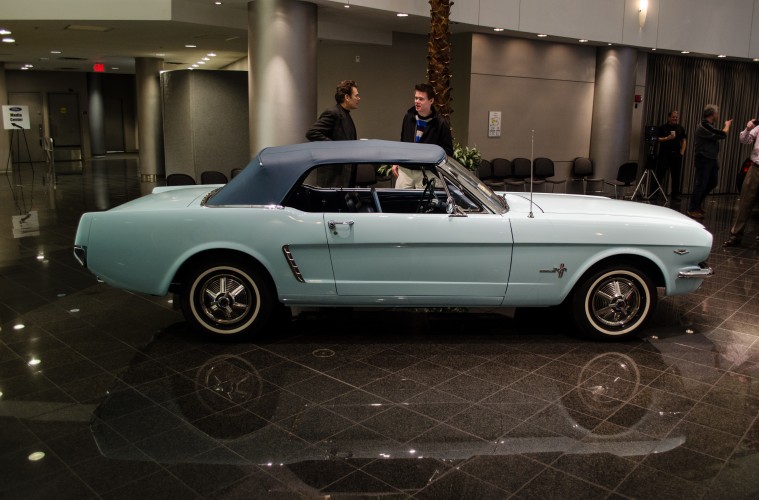 At the launch of the 2015 Mustang in Dearborn, Ford Chief Operating Officer Mark Fields invited a very special guest onto the stage to talk about her Mustang ownership experience. Gail Wise, a 72-year old woman from Park Ridge, IL has the distinction of being the first person to ever purchase a Ford Mustang. In addition to recognizing her for this distinction, Ford also had the 1964.5 baby blue convertible on display in the main pavilion of the Conference and Event Center.

Gail purchased her Mustang at her local dealership after looking at several other models of Ford convertibles. “My family all had convertibles,” she said. “I felt that I deserved a convertible as well.” The 22 year old, recent college graduate of teaching college, was then told that there was a special car in the back that he’d like to show her.