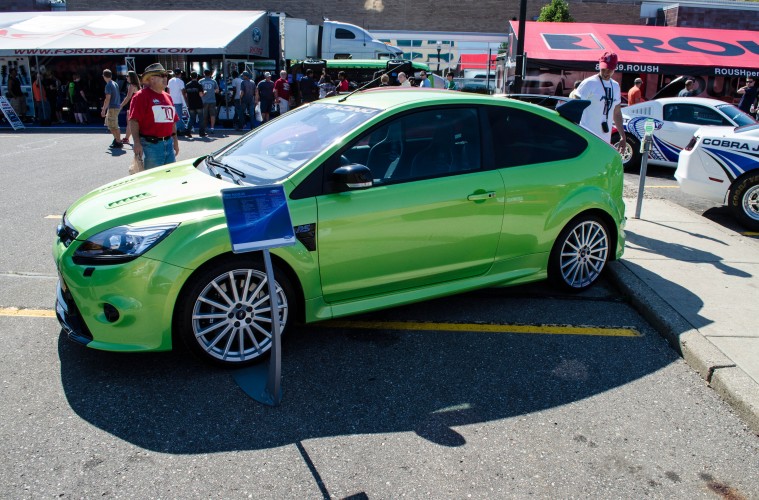 Up until recently, Ford was letting the Europeans have all the fun when it came to hot hatches. With the current-generation Focus, the same Focus ST that is being sold in Europe is also being sold in the United States thanks to the One Ford initiative. But, before the last-generation European Focus bid farewell, Ford’s RS division offered the hottest Ford hatch they’ve ever made; the Focus RS500. The RS500 is a 350hp, front-wheel drive monster that crams all of Ford’s engineering into an everyday commuter. Though we haven’t driven one, we find the idea delicious. There is at least one Stateside, and it made an appearance at the 2013 Woodward Dream Cruise.

The RS500 had unique exterior features, and included HID headlamps and special wheels.

Anyone who has driven a high-powered front-wheel drive vehicle before should be aware of what torque steer is. When applying throttle, the steering wheel will often turn by itself instead of holding a straight line. In the Focus RS500, that would be the case but Ford has developed a RevoKnuckle mechanical differential that attempts to keep it in check.