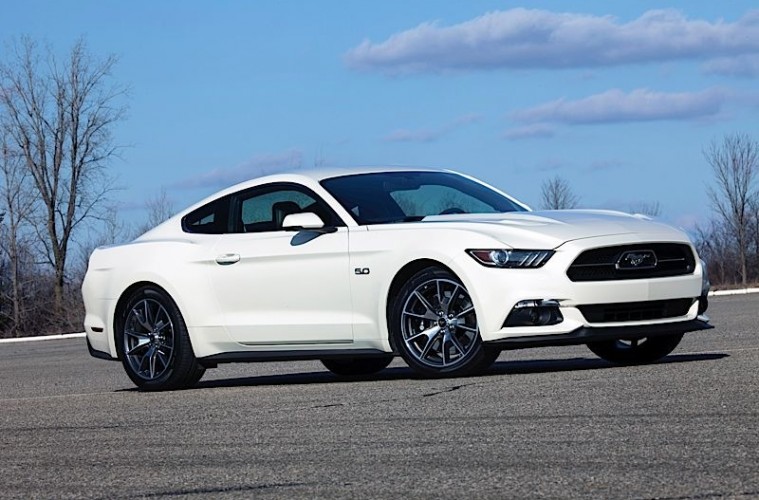 The 2014 New York International Auto Show marks the 50th anniversary of the iconic Ford Mustang. To celebrate, Ford ripped apart a 2015 Mustang and reassembled it on top of the Empire State Building to wow onlookers. Also, they created a special edition of the 2015 Mustang to honor the 50 years of continuous production. The 50 Year Limited Edition will go on sale later this fall and be something quite special for buyers.

The 50 Year Limited Edition 2015 Mustang will only be available in GT trim with the 5.0L V8. They will only be producing 1,964 examples of the car to represent the year 1964. Exterior color and transmission choice are the only options that a Mustang purchaser will have on this limited edition.