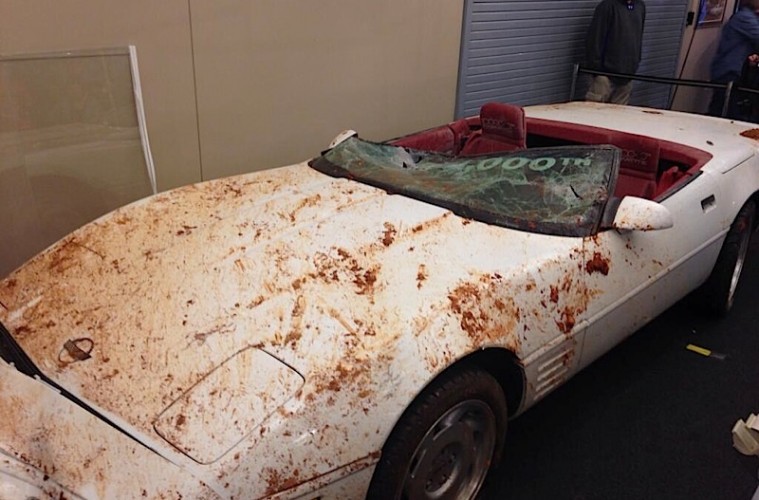 UPDATE 3/7/2014: An error was made in the original story. Insurance is covering a portion of the vehicle damage, but details are still being finalized. GM will then supply the rest and perform the restoration. We apologize for any confusion.

The sinkhole that swallowed eight classic Corvettes at the National Corvette Museum has been making a lot of news lately. Security camera footage quickly surfaced showing the cars falling to their death. Despite the damage, the museum vowed to stay open and that they would also recover and restore the automobiles. To assist, General Motors even volunteered to restore the priceless automobiles. Recovery has been ongoing for about a week, and Adam Boca of NCM Insurance took to Twitter to discuss how things are going.