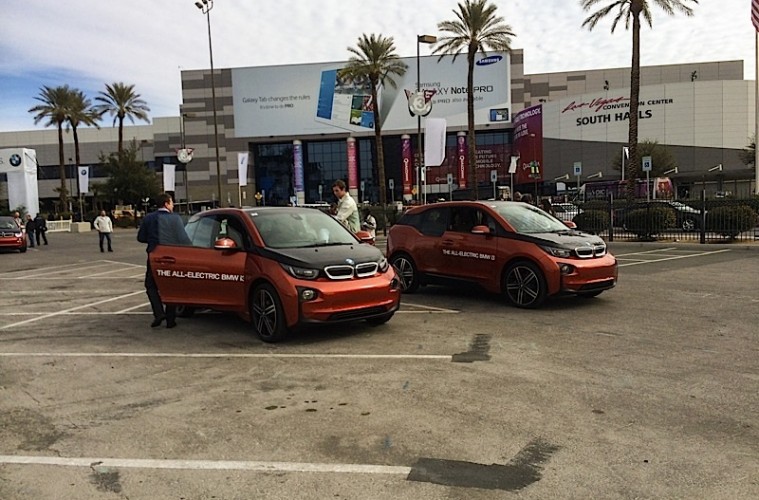 The BMW i3 is the Bavarian’s first attempt to make an all-electric small family car. Designed to be a family hatchback and a city runabout, the i3 has the potential to be BMW’s most successful EV attempt, and lure luxury buyers who now can only choose from the Tesla Model S (on the high-end), or vehicles like the Ford Focus Electric or Fiat 500 E (on the low end). We take a drive down the Las Vegas strip to check out the car, its dynamics, and overall impressions. We leave the drive impressed, but believe there are a few issues that need worked out before they are officially on-sale.