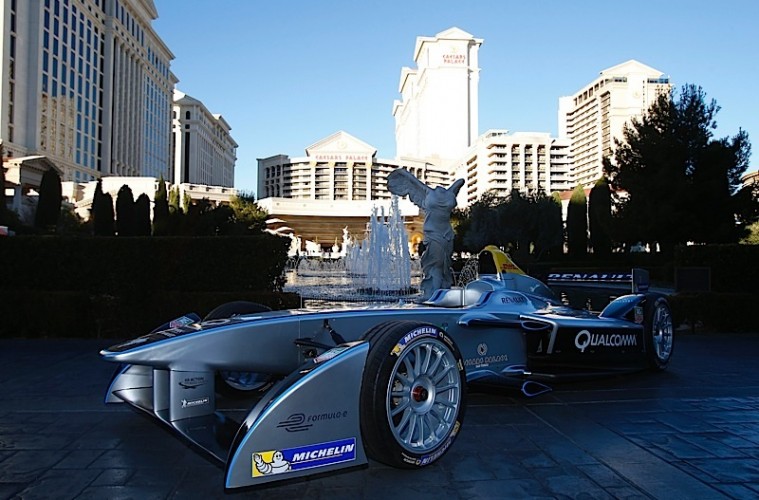 In the fall of 2014, a new racing series is going to hit the streets of some of the biggest and most famous cities around the world. The Formula E racing series is a lot like the popular Formula 1 series, but all of the Formula E vehicles run entirely off of electricity. Taking place in twenty cities worldwide, Formula E founders hope to help push electric vehicle technology by taking it racing.

The Formula E car is all-electric and capable of speeds greater than 150mph.

In a joint press conference with Qualcomm, one of Formula E’s founding sponsors, Formula E CEO Alejandro Agag discussed how electric vehicles today are looked at as a bit silly and not taken seriously by the world’s automotive enthusiasts. Even the general public still is a bit skeptical on the technology. To help advance battery and charging technology, the Formula E racing series will hopefully show that electric cars can be fast and entertaining, which funneling money into research and development that will trickle down to the everyday electric vehicles that people will be able to purchase in the future. Formula E is also considered an “open series,” which means manufacturers are free to develop their own electric vehicle technology that can be used to further advance the cause.