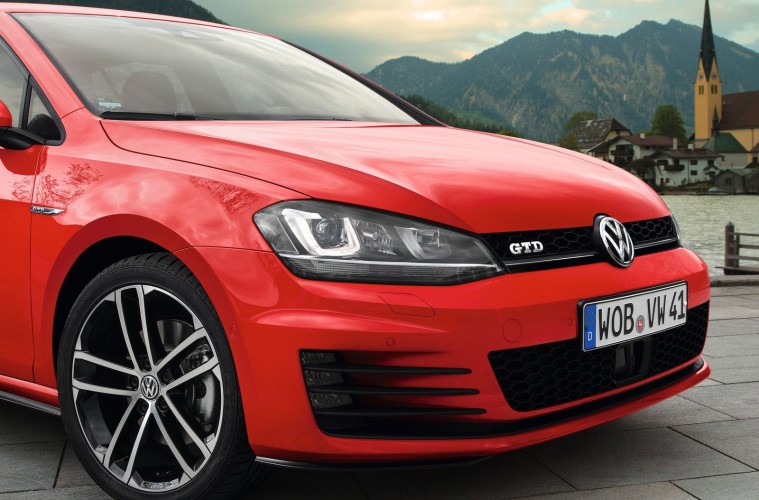 Volkswagen knows how to crank out hot hatches. The original Golf was a revolutionary vehicle for Volkswagen, and when they added a bigger motor and stuck a GTI badge on the hood, the vehicle launched an entirely new segment of automobilse. The original GTI was a vehicle that could be driven back and forth to work, was easily obtainable, and could perform as well as many sports cars at the time. That is the beauty of the hot hatch, and those vehicles are still popular today. However, VW has to worry about fuel efficiency just like any other manufacturer, and VW’s diesel engines offer great performance and great fuel economy. Diesel motors are typically heavier than gasoline engines, and are not typically seen in performance-oriented models. VW has confirmed that not only will they be putting a diesel engine in a GTI (they have been for a few years now), but that they also will be bringing that model to the United States in the form of the GTD.

With 280lb/ft of torque, the GTD should feel quite peppy driving around town, and should make up for the weight penalty of having an iron engine block. Most of the other GTI features should be present, including the continuously adjustable sports suspension, GTI body panels, and available retro interior. Expect pricing to be $1,000-$2,000 more than a comparably-equipped GTI.