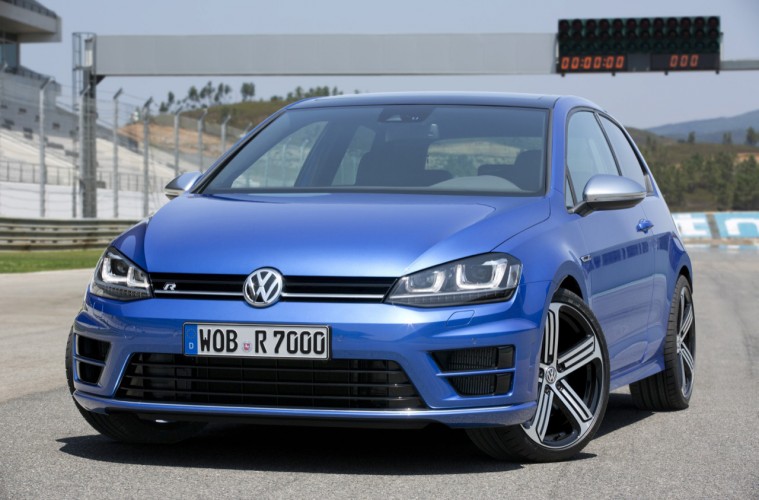 Even though the newest generation Volkswagen Golf is not available yet in the United States, the German manufacturer has unveiled the hottest version in Frankfurt. The Golf R will feature a 296hp, turbocharged 4-cylinder engine with an insane 280lb/ft of torque. This new Golf should make the fast little Volkswagen the hottest of the hot hatches.

The Golf R has officially debuted in Frankfurt, Germany.

R is Volkswagen’s performance division. This is similar to what M does for BMW or AMG does for Mercedes-Benz. This current Golf R with be the fourth in the R-line of Golfs. All Golf R models featured all-wheel drive and cutting-edge performance technology. The first two were R32 models, featuring a natural-aspirated 3.2L V6 engine. The last generation (along with the current one) feature turbocharged 4-cylinder engines. While the GTI (a stepped down version of the R) tends to draw most of the performance enthusiast dollars, the Golf R is often considered a performance deal although it is a bit more expensive.