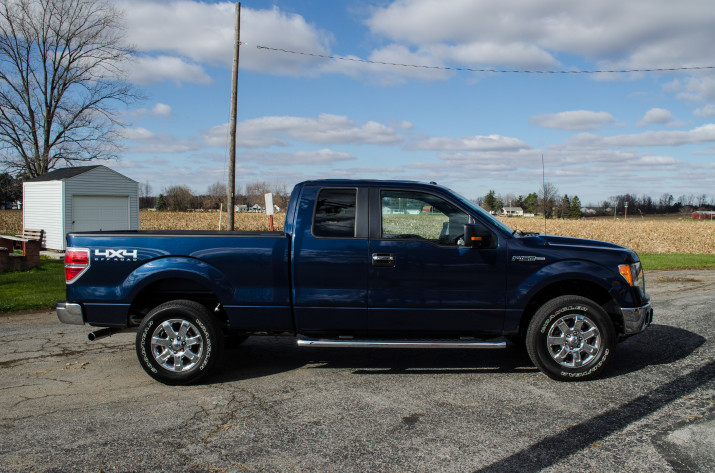 The Ford F-150 is the nation’s best-selling truck. A new F-150 is sold every 42 seconds, which also happens to be the answer to everything, but we digress. This incredible feat of sales must mean that Ford is producing a great truck, so we took the opportunity to get behind the wheel of the 2014 F-150 XLT for an extended test to find out. While not being perfect, we found the truck to be extremely capable and better understand why it is a sales hit.

A Raptor by Any Other Name

It is no surprise that we are fans of the SVT Raptor. We took a road trip with it across Texas early in 2013, and then went through the Knibbe Ranch off-road course in the fall of 2013. Our XLT, stripped of the chrome wheels and bumpers, could be a mini-Raptor. Our test vehicle came equipped with the 4×4 Off Road package, which includes skid plates and off-road suspension. Like the Fox Racing shocks on the Raptor, the XLT has its shocks mounted outboard of the chassis, improving ride quality and off-road capability.