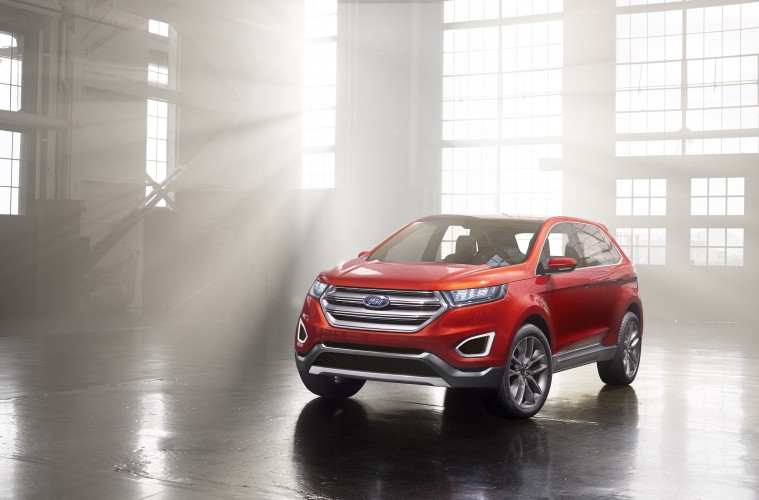 Ford Hints at Next Edge with Concept

The Edge Concept will be unveiled at the 2013 Los Angeles Auto Show.

The Edge Concept features current Ford autonomous technologies, such as active lane keep assist, radar assisted cruise control, and self parking functionality. In the Edge Concept, the vehicle also features an obstacle avoidance system. This system can identify objects in the way, such as a soccer ball or a human child, and steer out of the way with little to no driver intervention.