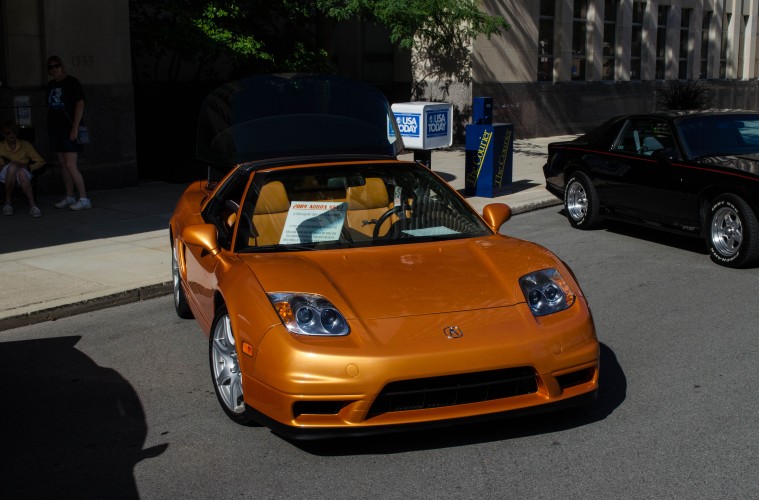 Visit any midwestern American car show during the summer, and the streets will be lined with Mustangs and Corvettes. When we think of high performance here, that is often what we think of. American muscle with large displacement motors and huge horsepower. Honda also used to build performance vehicles, but they were never the kings of the drag strip. They were the kings of the road course. Honda’s flagship super sports car was (and will be again) the NSX. The NSX was sold in the United States under the Acura nameplate. The NSX is a vehicle that we believe will become a future classic.

We are particular fans of the refreshed version of the NSX, which ran from 2002 – 2005. In 2002 the vehicle received fixed HID headlamps and a revised suspension. Also the NSX came with a removable roof panel.