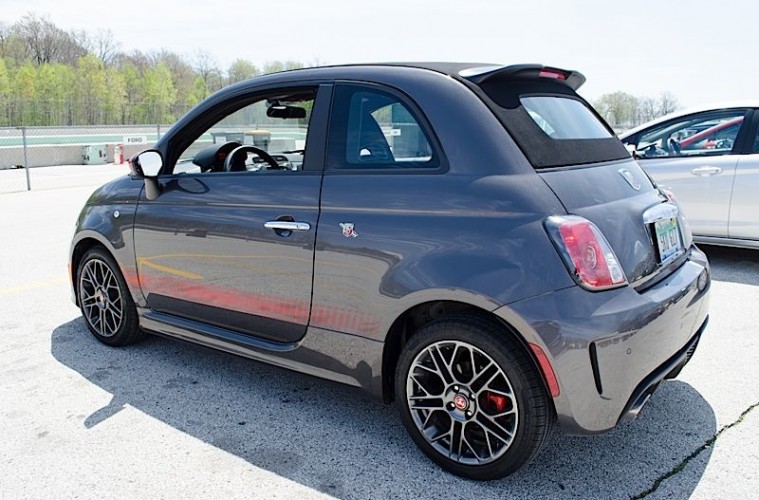 Getting its start in Europe, the Fiat 500 marked the Fiat brand’s return to the United States by offering an inexpensive, Italian-designed small car. In Italy, where the roads are narrow, a small car makes sense. But Fiat promised that they would take all the versions of 500 they sell and make them available in the United States. That includes the Fiat 500 Abarth and Abarth Cabrio. We take a drive in the 2014 Abarth Cabrio to see if the little scorpion stings with excitement.

Built on the standard Fiat 500 body style, the Abarth has an upgraded turbocharged engine. On top of having a little extra grunt, the car sits a little bit lower on larger wheels. In our opinion, the Fiat 500 already looks good. The Abarth treatment makes it look a bit more sinister, but doesn’t take away from the key 500 attributes.