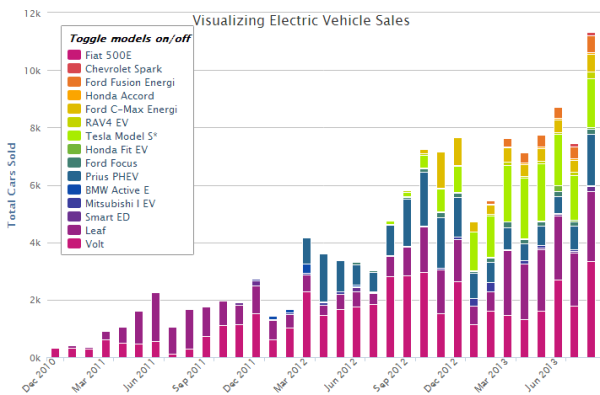 According to the US Department of Energy electric car sales hit a new monthly high of 11,363 total vehicles sold in the US, breaking the previous record (in June) of a monthly high of 8,742. That’s quite a leap in sales, and it’s certainly a big leap from July’s 7,442 units. The Department of Energy has an interactive chart that lets people play with the chart to see how the sales break down by type of electric car and monthly sales, which can be illuminating.