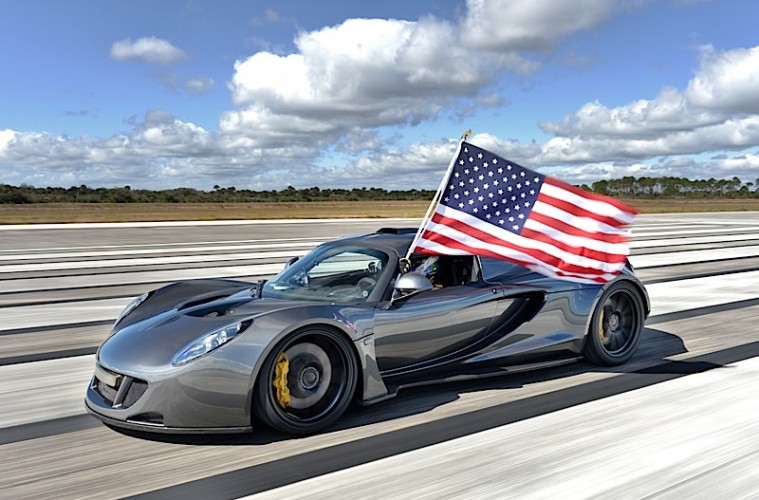 Cars for awhile have been able to break the 200mph threshold. The latest Ford Mustang Shelby GT500 topped out at 202mph when they tested it in Italy. Even though 200mph is an absolutely ludicrous speed for a car to go, the race has continued to produce the fastest cars in the world. The Bugatti Veyron Super Sport, with over 1200hp, owned the record of 268mph. Now, the Hennessey Venom GT, an American-built hypercar, has broken that record with a top speed run of 270.49mph.