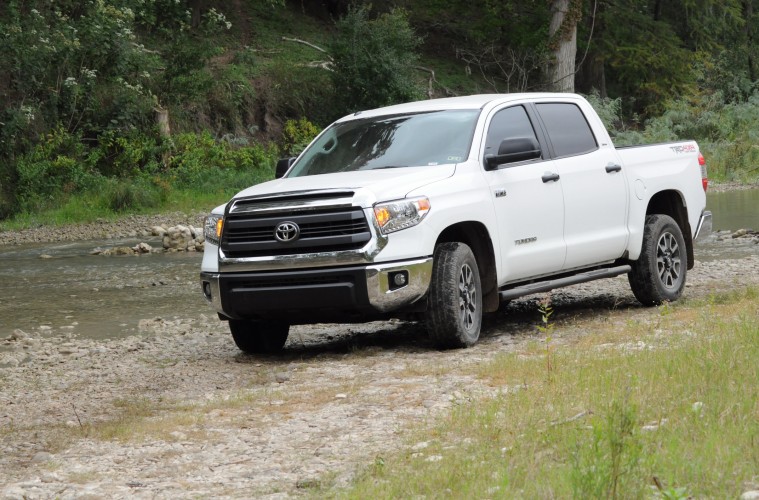 We Get Our Feet Wet with the New Toyota Tundra

The Toyota Tundra is a truck that sells well, but has not made deep inroads in the market that is dominated by Ford, Ram, and Chevrolet. However, overlooking the Texas-built Tundra would be doing the vehicle is disservice. I drive, for the first time, a Toyota Tundra pickup truck and walk away with some pretty positive impressions. The vehicle has always appealed to be, perhaps because it is NOT part of the truck establishment. Although I only had a brief time in the Tundra, I walked away impressed and think that the brand really has a lot going for it.

Climbing inside the Tundra, it feels like a very modern truck. Everything is placed where it is expected, and the truck sports the latest Entune audio system from Toyota. The only thing really disappointing in the cabin is the clock. Every single Toyota product has the same digital clock in it (of some variation) and while a staple of the brand, looks antiquated.