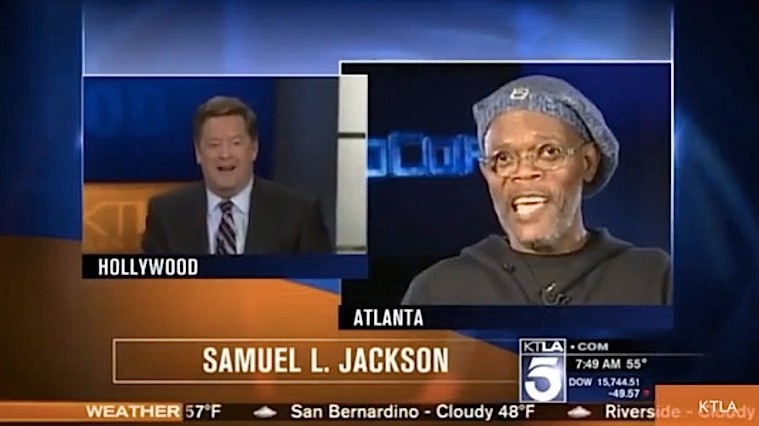 Did Samuel L. Jackson Really Get Mistaken for Laurence Fishburne?

The Super Bowl is always an event in the United States that draws advertisers from across many industries to spend millions of dollars on commercials. For the 2014 event, it was said that a 30 second ad was priced at $4.5 million. Those prices are before the talent is even hired and the commercial is even filmed. During an interview for Robocop, a reporter asked Samuel L. Jackson about his Super Bowl commercial. Mr. Jackson took it as being asked about the Kia K900 commercial, which featured Laurence Fishburne from The Matrix. Clearly, they are not the same person. Mr. Jackson takes the opportunity to berate the reporter about the mistake to some comical effect. However, who was actually wrong? Was it the reporter or was it Samuel L. Jackson?