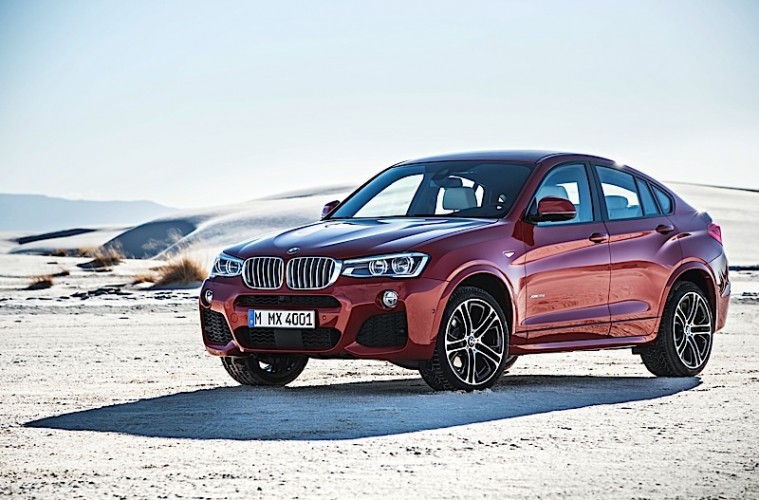 BMW has released details about their new X4 Sports Activity Coupe. Like the big brother X6, the X4 adopts a more rounded body style to resemble a coupe, but comes in a smaller size to attempt to appeal to buyers of a 3 or 4 Series that want something SUV-like. The American-built X4 will be officially shown at the 2014 New York International Auto Show, and production will begin later this spring. Here are some of the details of BMW’s latest.

The X4 is a taller 4 Series Gran Coupe.

The X4 will be available with two different engine options. The xDrive28i features the company’s 2.0L turbo 4-cylinder pushing out 240hp for a starting price of $45,625. All-wheel drive is standard on all versions. The xDrive35i features a 3.0L turbo 6-cylinder making 300hp and starting at $48,925. Both will come standard with an 8-speed automatic transmission. It does not appear that a manual transmission will be available.