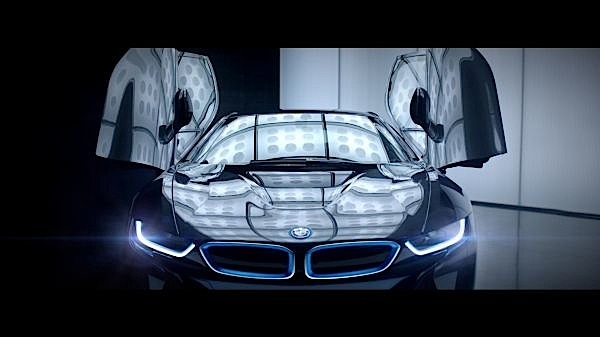 BMW is blitzing the 2014 Sochi Olympic games with a series of commercials featuring their i Brand line of vehicles. We have already taken a look at the “Hello Future” and “Shhh.” Now let’s take a look at “Sightings” featuring the futuristic i8 supercar. The i8 is actually a hybrid vehicle that has a gasoline engine as well as an electric engine. According to BMW, it’ll go from 0-60 in 4.4 seconds and reach 155mph. That would make it faster than most hybrids on the market today (except the versions from McLaren, Ferrari, and Porsche). The i8 is also quite a looker, mixing some traditional supercar elements with a completely futuristic shape.