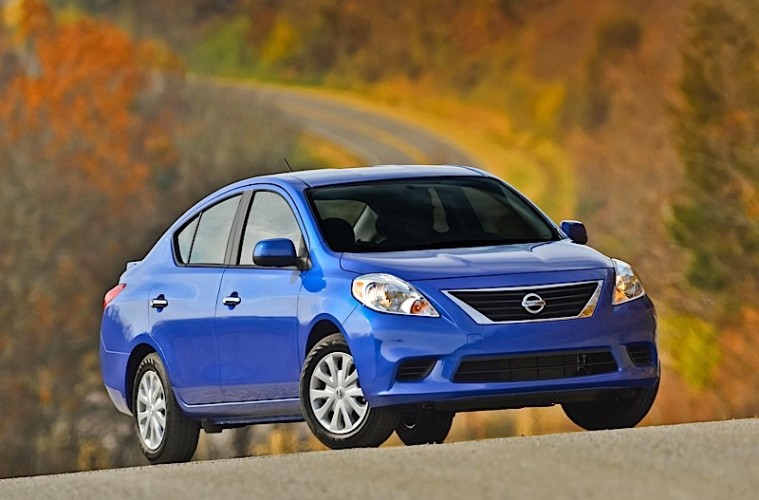 Nissan Versa is America’s Most Inexpensive Car: What Do You Get?

News cars are more and more expensive each year. Many vehicles now have available navigation systems, radar-assisted cruise control units, and night vision camera systems. Between government mandated safety features and optional extras, the average new car purchase price is nearing $32,000. Some people just want inexpensive, reliable transportation that is also safe. Nissan has the privilege of selling the most inexpensive new car in the United States. The Versa sedan starts at $11,990. But what comes with that version of the car? Is it something someone could live with everyday? Let’s take a look!

Many people would assume that a small car would not be a performance machine. With the Versa, that might be the case. The 1.6L DOHC 4-cylinder engine is good for CO2 emissions, but with only 106hp it won’t be a screamer in the straights. However, small cars are often very light, and since there is not a lot of equipment on the Versa S, it will be a light car. Acceleration should be acceptable, especially around town. On the highway might be a different story, but it should have no trouble maintaining speed anywhere in the US, including the 85mph toll road in Texas.