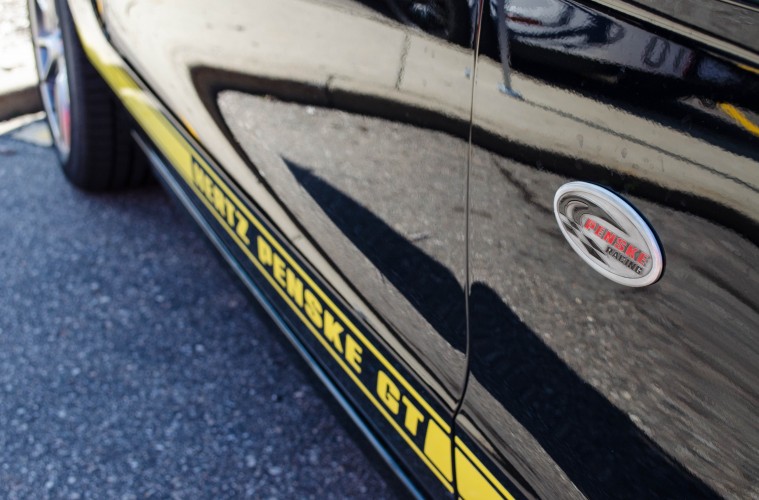 New at the Rental Car Counter is the Hertz Penske GT

The Hertz Penske GT is black with a yellow stripe and lettering.

The Hertz Penske GT features some go-fast parts from Penske, including an ECU flash. It is stopped by massive Brembo brakes, and features a revised exhaust and suspension setup. Also, the GT takes all the good looking bits from other Mustangs and mixes them on this vehicle. It features the front splitter from the Boss 302, and the rear spoiler from the Shelby GT500.