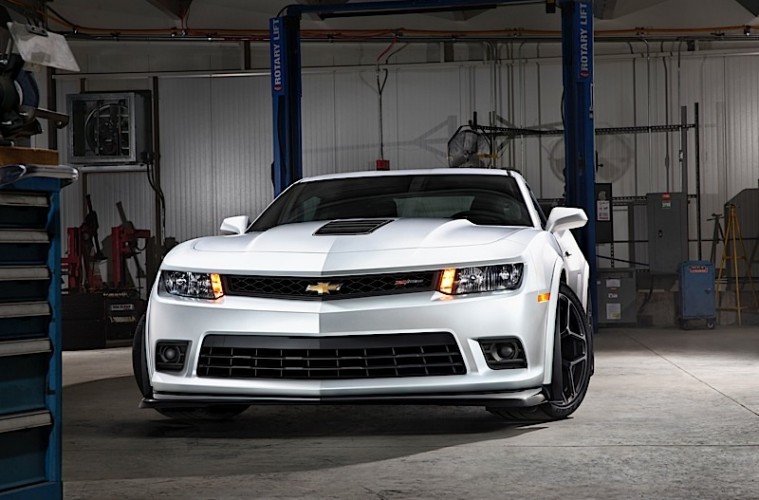 Later this spring, Chevrolet will begin selling the $75,000 Z/28 Camaro to the public. This vehicle is designed to be a hardcore track version of the Camaro. It will not be available with some of the everyday luxuries that we take for granted in a modern car. The standard version has a one speaker stereo system, and air conditioning is an optional extra. But where the car is not lack is on performance technology. Chevy has thrown their engineers at the problem of making the Z/28 one of the fastest track cars on the planet, and the technology that is onboard is designed and included for that singular purpose. Let’s take a look at a couple of those now.

The Camaro Z28 is designed to be a no-compromise track toy.

The new Chevy Camaro Z/28 is designed by General Motors to be a monster around a racetrack. Instead of an everyday supercar like the ZL1, the Z/28 abandons all creature comforts in the pursuit of speed. Its naturally-aspirated V8 engine cranks out 505hp and 481lbs/ft of torque. It also contains the latest version of Chevrolet’s Performance Traction Management system. This technology controls the engine output and brakes to make the car corner quicker than with the system completely disabled. One problem Chevy noticed when trying to set blistering lap times was that when the car went airborne, like at the Nurburgring, the traction control system would shut down the power of the vehicle.