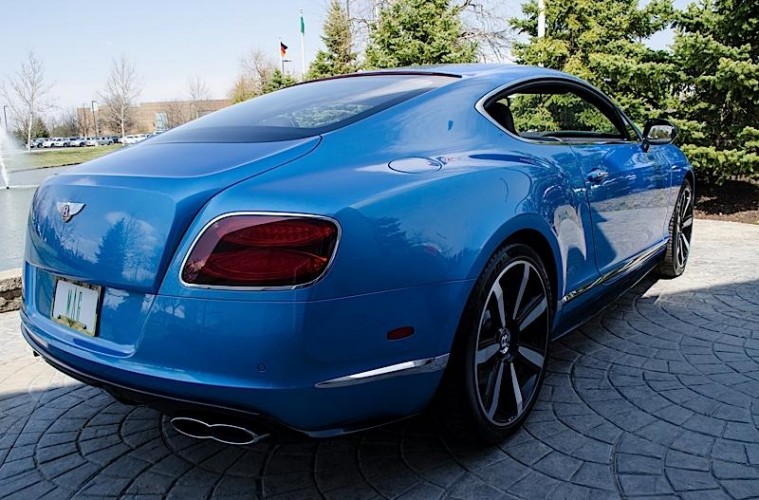 A luxury grand tourer needs to be a car that can shuttle passengers in absolute comfort all the way across the continent. By name alone, the Bentley Continental GT should be up to the task. I had the opportunity to sample their latest version: the 2014 Bentley Continental GT V8 S, at Columbus Bentley. After my time behind the wheel, I’m willing to admit that it might be the best grand tourer on the market.

Even in blue, the Bentley doesn’t draw too much attention to itself.

This car won’t get you unnecessary attention everywhere you drive. Absolutely stunning in person, my Bentley was bathed in a blue called Kingfisher. Even so, I can drive down the expressway and not have people risking death trying to take a picture of my car.