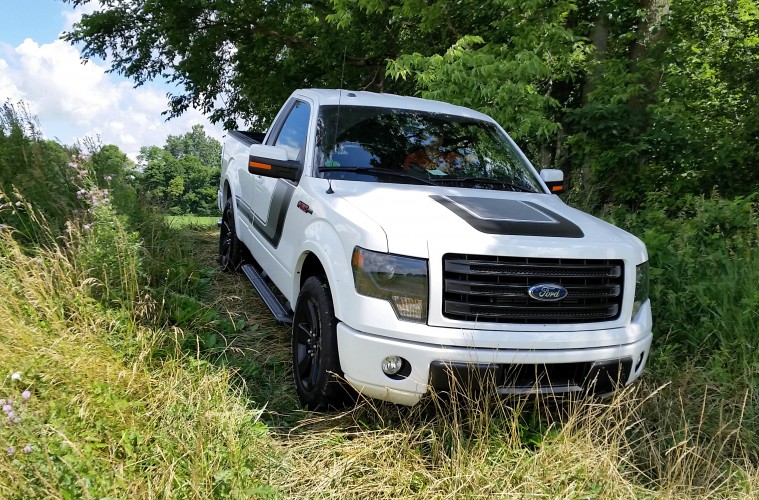 With 20-inch rims and sporty tires the 2014 Ford F-150 Tremor is at home on the street, but can also handle a drive off-road when you want to have a little more fun. This F-150 Tremor review vehicle is a two-wheel drive model with an electronic locking differential to keep both wheels spinning when you need more traction.