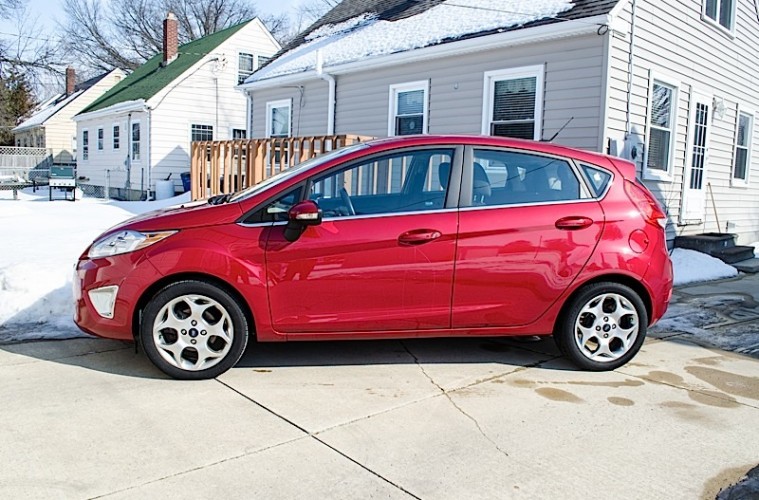 2011 marked the return of the Ford Motor Company selling the Fiesta in the United States. The Fiesta is one of the first vehicles under Mulally’s One Ford initiative, which means that the vehicle sold in the United States is virtually identical to the one sold around the world. For the first time, in a long time, buyers would be able to purchase a good looking, practical, and well-built European hatchback on this side of the pond. I found myself in need of a small, fuel-efficient vehicle, and could not avoid the handsome looks of the Fiesta. As a result, I purchased one in May of 2011. Now, almost three years later, I have accumulated 30,000 miles on the vehicle and have decided what I do and do not like about the vehicle. Some of the niggles I have are eventually fixed with newer versions, but I would like to say that overall my experience is very positive, and I would purchase the vehicle again.

Lower LED accent lighting is nice, but not really useful.

My 2011 Ford Fiesta is equipped with the SES package. At the time, that was the top-level trim available. Now, SES has been replaced by the Titanium trim level, but many of the standard options are the same. SES netted me an automatically-dimming rearview mirror, LED accent lighting, turn signal indicators in the mirrors, 16″ alloys, heated seats, and more. In addition, I opted for the additional $800 package that added keyless entry and go. I skipped the leather, as leather used in inexpensive cars is usually cheap leather, and I skipped the sunroof. The sunroof was skipped for more headroom inside the vehicle.