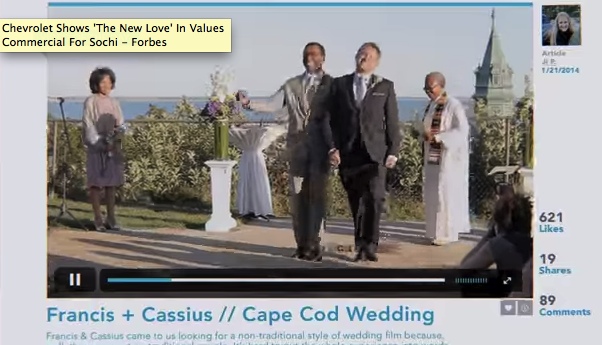 The Olympics are a great time to launch an  advertising campaign, because many people are watching and there is a lot of time to run those ads. Chevrolet is using the 2014 Sochi games to launch their “#TheNew” campaign. The campaign features a series of 8 commercials that will air over the two weeks of the games, but one commercial specifically is drawing some additional attention. According to Forbes, the commercial featured during the opening ceremonies was the first time in Chevrolet’s history has a gay couple enjoying their wedding day.