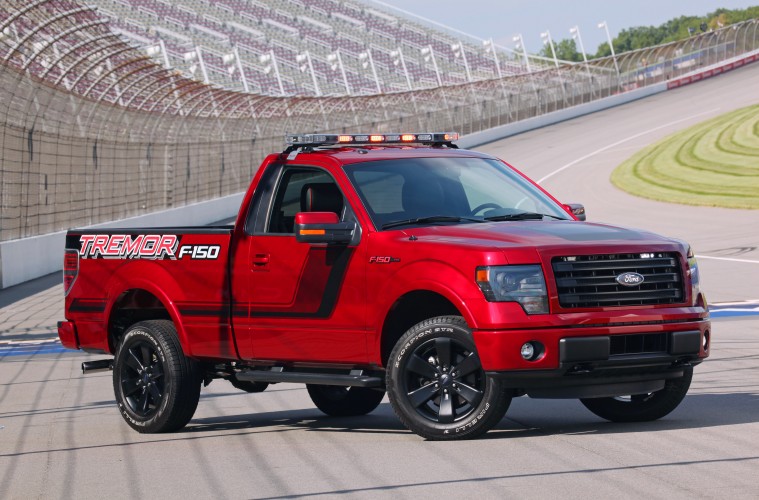 On Saturday, August 17th, 2013 the NASCAR truck race at Michigan International Speedway will be paced by a pickup truck. The spiritual successor to the F-150 Lightning, the Tremor, will be the official pace truck of the vehicle. It is a bit of a coming-out party for a vehicle that has really been seen all that much by the public.

Ford’s SVT division used to build a F-150 pickup truck designed for the street, and not off-road. It was the Lightning, and for its fans it was one of the holy grails in truck-dom. But with the redesigned F-150 that came a few years back, SVT went a different direction and decided to build its next F-150 as a road-going Baja truck. That vehicle became the F-150 Raptor, and despite being quite bonkers is actually an amazing vehicle.